Cotton-Eyed Joe - A Tale of Grace

We had another visit to our class from our local writer-friend Bob Lively.

The Presbyterian Church ordained him in 1973, and for the past four decades he has served the church as a pastor, community activist, teacher, certified pastoral counselor, campus minister, and recovery center chaplain. He is the author of many inspirational books of non-fiction and is an award-winning short story writer. For 23 years he wrote a regular column in the Austin American-Statesman.

Cotton-Eyed Joe is a novel exploring the injustice of the death penalty. Especially the way it is disproportionally carried out against people of color.

His novel concerns Joe Berg, an old, almost blind (due to cataracts that give his eyes a cotton-eyed look) African American man who is accused of killing a white man in the small  town of Grapeland, in east Texas . He is innocent, as the story makes clear, but is framed by evidence planted by a corrupt deputy sheriff. 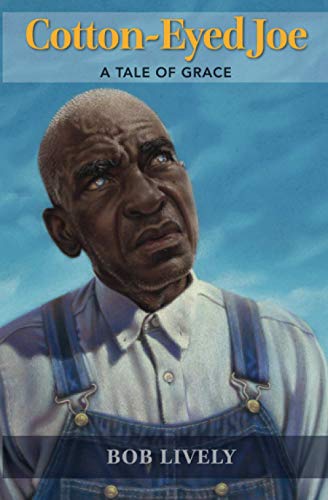 The novel unfolds as the Church of God, of which Joe is a member, is led by their pastor who gathers his congregation together to pray for him and seek his release. There are two white members of this otherwise Black church, one of whom is Will Amos, a graduate of Yale University and Austin Presbyterian Theological Seminary. Will is the leading protagonist in the story. He has never served a congregation, primarily because he thinks the congregations that have issued him the occasional call – in his view comfortable, well-assimilated and even well-educated congregations – are more interested in doing what they can to avoid the claims of the gospel rather than bearing faithful witness. Embittered by the loss of his mother to cancer, Will, somewhat self-righteously, settles for being a farmer and worshipping with his wife, Ruby, at the Church of God.

Part of the novel deals with Will’s learning how to pray again, a gift that the prisoner, Cotton-Eyed Joe, gives to him. The book's description of Cotton-Eyed Joe's prayer life is most impressive, and interestingly, at one time it is described as "centering prayer".

As the story unwinds we are treated to a detailed review of how the trial of Cotton Eyed Joe proceeds and it becomes clear that he has little chance of being acquitted. In fact we see that he is found guilty and very quickly received a death sentence.

And we learn that Texas has carried out 570 legal executions since 1982, leading the nation. On average, Texas executes 12 inmates annually, over four times more than the second-most state.

But we also learn about the community of faith represented by the church and its pastor and the gift and work of prayer that supports and enables the quest for a more just world.

And what about the Tale of Grace?  It plays out in the last few chapters and as Bob told us - you need to read the book to find out!

Thanks once again for coming Bob!

Cotton-Eyed Joe - A Tale of Grace