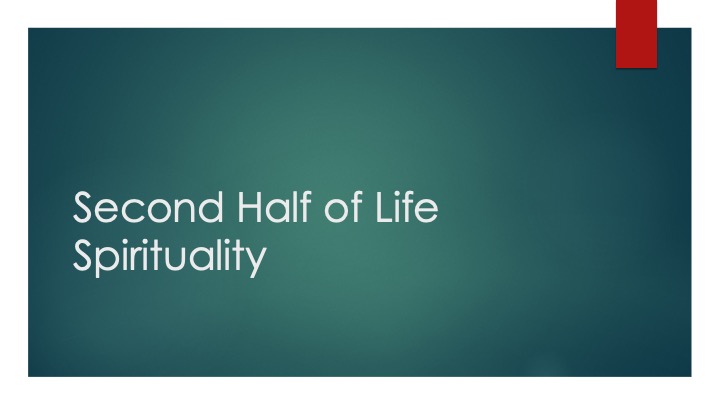 Second Half of Life Spirituality 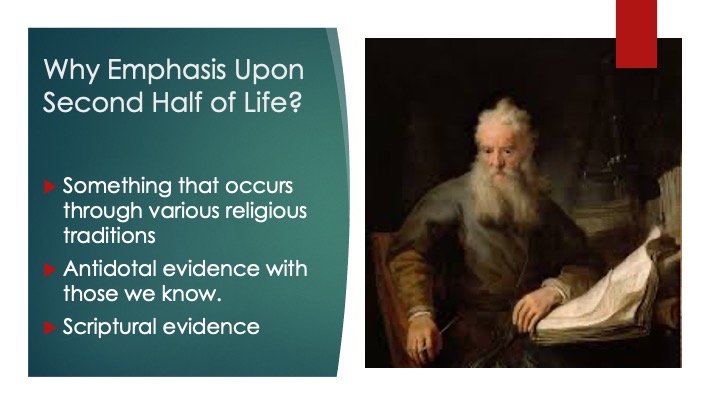 Why Emphasis Upon Second Half of Life?

• Something that occurs through various religious traditions

• Antidotal evidence with those we know 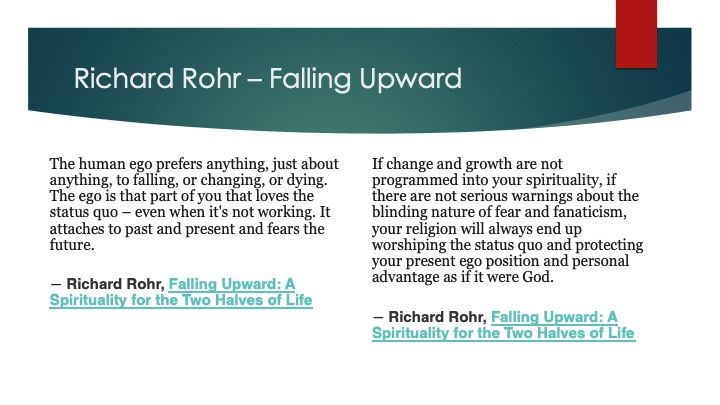 The human ego prefers anything, just about anything, to falling, or changing, or dying. The ego is that part of you that loves the status quo – even when it's not working. It attaches to past and present and fears the future.

If change and growth are not programmed into your spirituality, if there are not serious warnings about the blinding nature of fear and fanaticism, your religion will always end up worshiping the status quo and protecting your present ego position and personal advantage as if it were God.

From the book - Richard Rohr, Falling Upward: A Spirituality for the Two Halves of Life 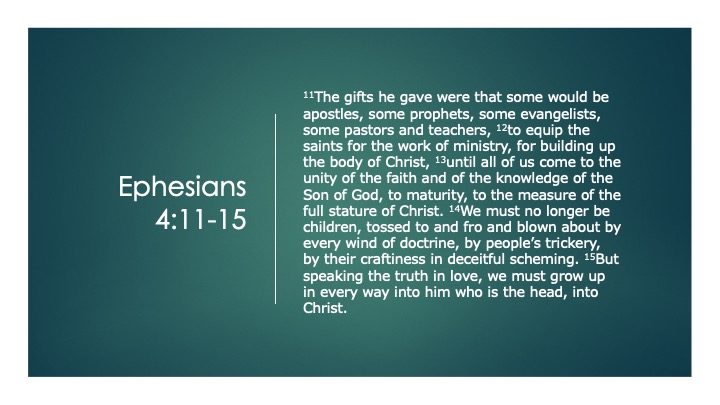 11 The gifts he gave were that some would be apostles, some prophets, some evangelists, some pastors and teachers, 12 to equip the saints for the work of ministry, for building up the body of Christ, 13 until all of us come to the unity of the faith and of the knowledge of the Son of God, to maturity, to the measure of the full stature of Christ. 14 We must no longer be children, tossed to and fro and blown about by every wind of doctrine, by people’s trickery, by their craftiness in deceitful scheming. 15 But speaking the truth in love, we must grow up in every way into him who is the head, into Christ. 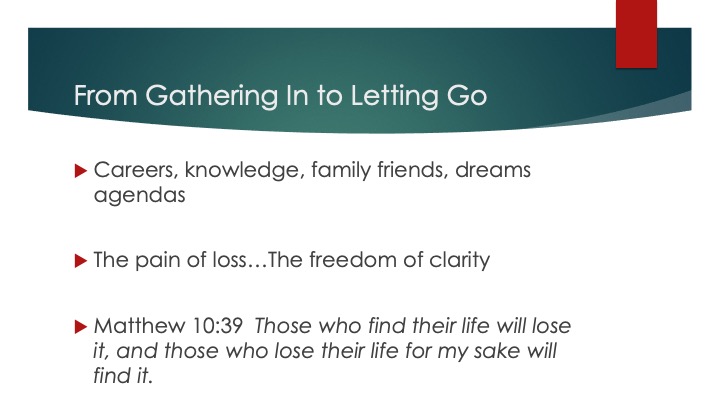 From Gathering In to Letting Go

Those who find their life will lose it, and those who lose their life for my sake will find it.  Matthew 10:39 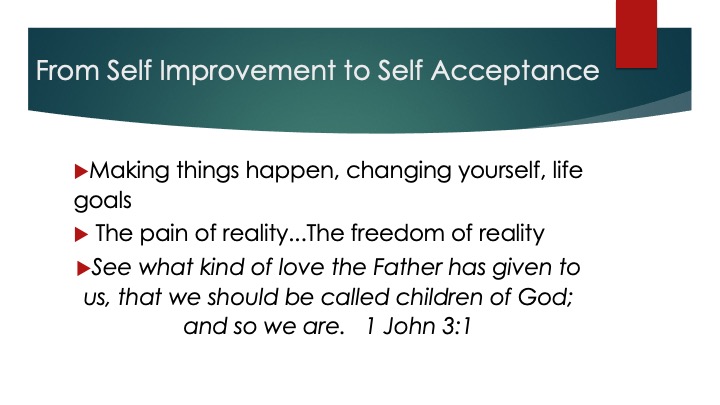 From Self Improvement to Self Acceptance 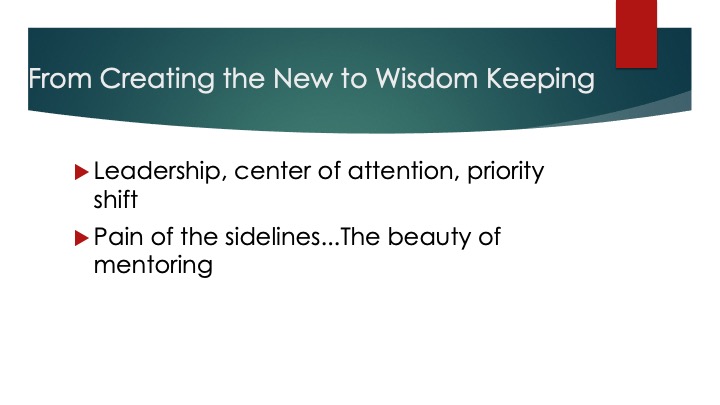 From Creating the New to Wisdom Keeping 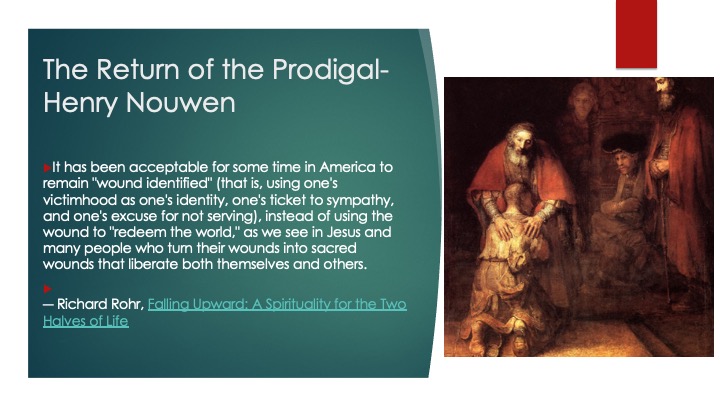 The Return of the Prodigal- Henry Nouwen

It has been acceptable for some time in America to remain "wound identified" (that is, using one's victimhood as one's identity, one's ticket to sympathy, and one's excuse for not serving), instead of using the wound to "redeem the world," as we see in Jesus and many people who turn their wounds into sacred wounds that liberate both themselves and others.

― Richard Rohr, Falling Upward: A Spirituality for the Two Halves of Life

Second Half of Life Spirituality