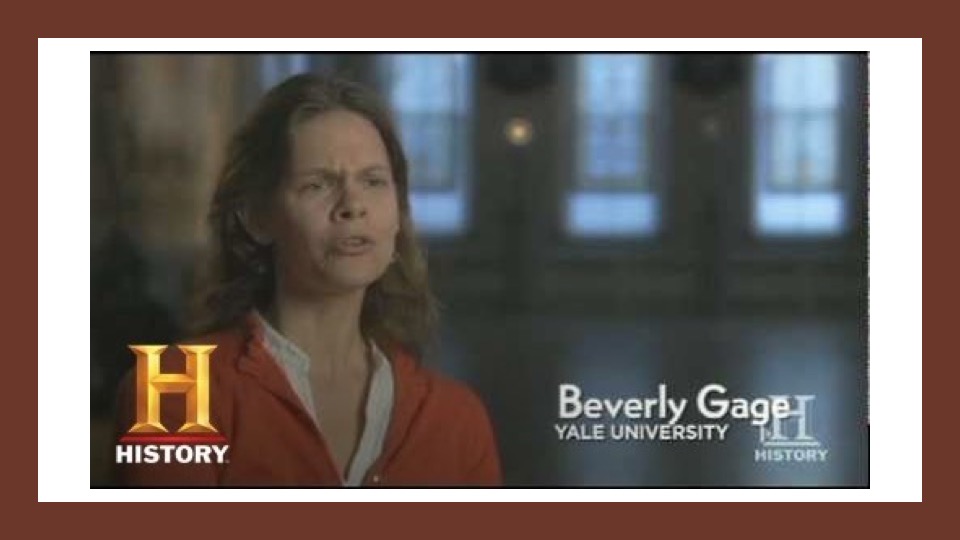 This You Tube Video is available on this link. Simply click on it: 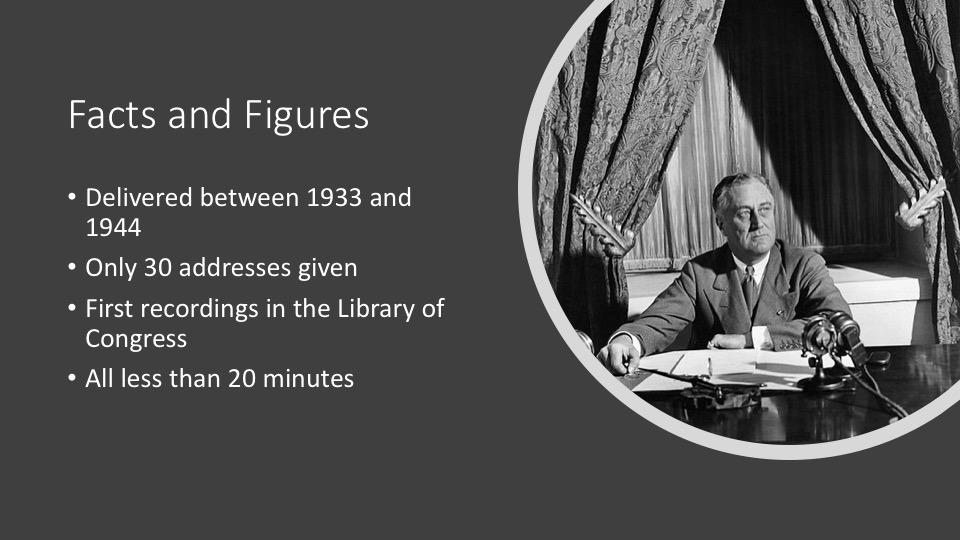 Remarkably these fireside chats were given between 1933 and 1944 (11 years); yet all were less than 20 minutes and there were only 30 of them. Before the world wild web and before televisions were in widespread use, radio was the medium, and millions tuned in. 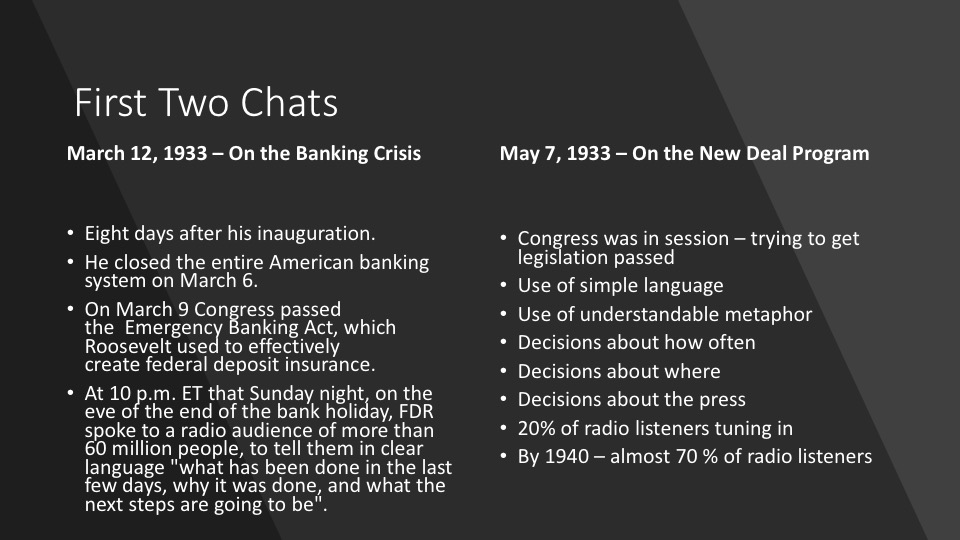 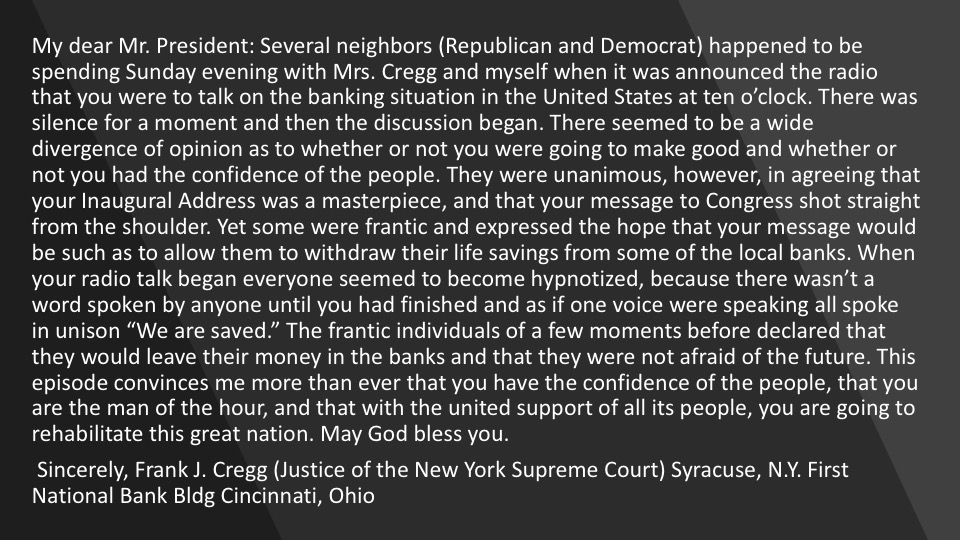 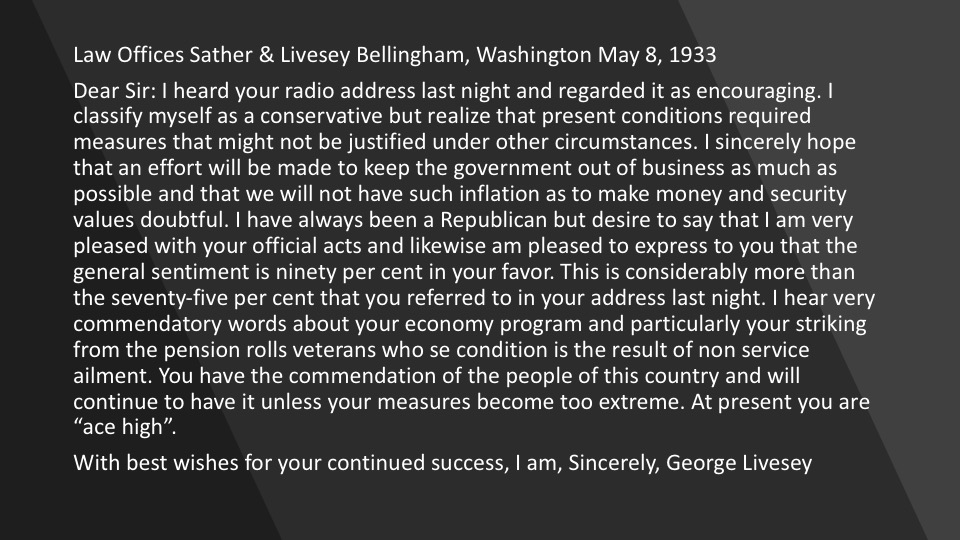 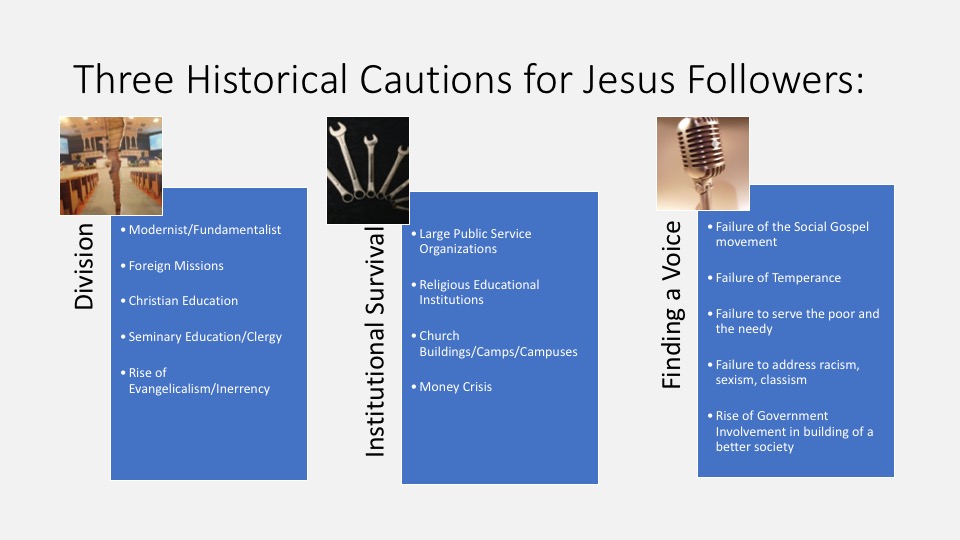 In many ways modern Christianity became seriously divided during the stress of economic depression and a World War. And not simply along the lines of the many denominations. In this early part of the 20th century deep divisions appeared by 1920  that in many peoples minds have seriously weakened the influence of Christianity. Major divisions appeared reflecting differences in how both the faith and the Bible were perceived. Sometimes called the Modernist/Fundamentalist Division, which began in the Presbyterian Church, but later spread to other denominations.  This led to the rise of Evangelicalism  and the biblical Infallibility and inerrancy controversies. These divisions have remained ever since and have resulted in a loss of leadership in the institutional church, The church did not respond to the needs of these crises and this over time led to the government taking a larger and larger role in in trying to build a better society. The institutional church took a large hit .

Christianity in its many embodiments needs to be cautious  about not losing further influence in societies problems during the health and economic distress of the Coronavirus pandemic. 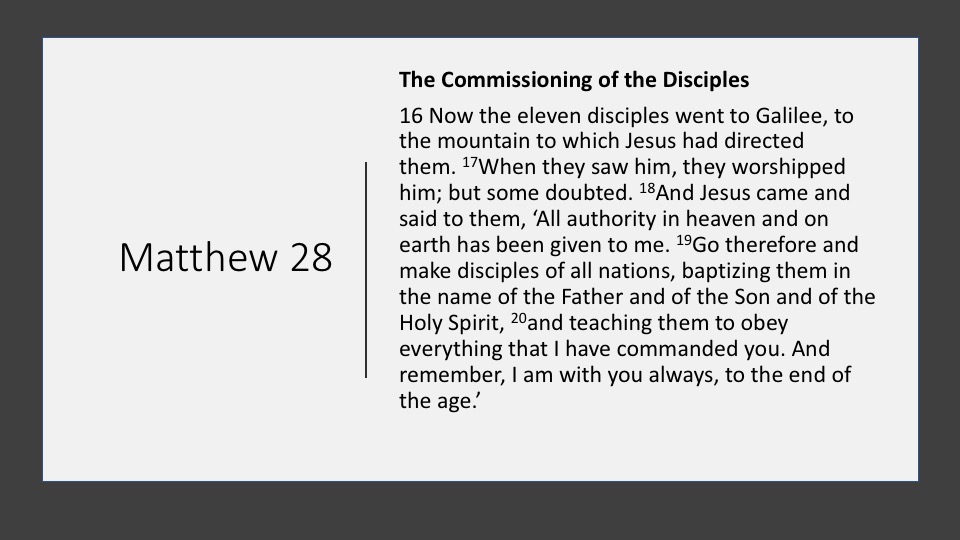 16 Then the eleven disciples went away into Galilee, to the mountain which Jesus had appointed for them. 17 When they saw Him, they worshiped Him; but some doubted.

18 And Jesus came and spoke to them, saying, “All authority has been given to Me in heaven and on earth. 19 Go therefore and make disciples of all the nations, baptizing them in the name of the Father and of the Son and of the Holy Spirit, 20 teaching them to observe all things that I have commanded you; and lo, I am with you always, even to the end of the age.” Amen. 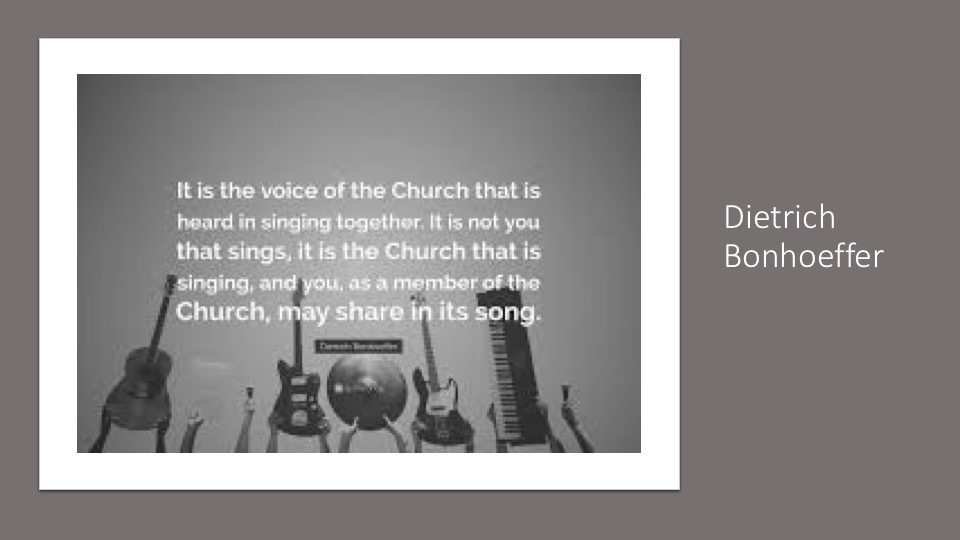